Subscribe To Our News
By Freedom Caucus
Tuesday, June 02, 2020 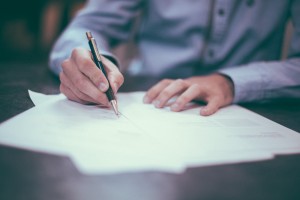 AUSTIN— Members of the Texas Freedom Caucus called for an immediate end to the controversial, $295 million contact-tracing contract that the State of Texas entered into with MTX Group, Inc. last month. “We share the grave concerns of our constituents about the MTX contract from both fiscal responsibility and privacy standpoints, and call for its immediate cancellation,” said Rep. Mayes Middleton, chair of the caucus. “This is an enormous amount of money to be spent by the Health and Human Services Commission, and the Legislature has had no say in it. Even though it’s voluntary, there is potential for abuse when the state collects that much data from citizens and the information, once collected, could easily fall into the wrong hands.”

Rep. Matt Schaefer, vice-chair of the caucus, also commented: “Old-fashioned, locally accountable contact tracing has worked well in my community. It’s voluntary, narrowly tailored to only people in close contact with COVID 19, and actually provides access to help for people who need it. Most importantly we have local accountability and close fiscal oversight. Reimbursement flowing from the state has been coming to local public health efforts in a timely manner. The MTX contract presents too many concerns about overspending, lack of local knowledge, and oversight for privacy and constitutional issues.”

“We discussed the issue and came to the conclusion that the privacy concerns we had were alone reason enough to void the contract,” said Rep. Matt Krause, secretary/treasurer of the caucus. “There’s just too many questions and concerns. Contact-tracing for deadly diseases is nothing new, but the scale that this contract allows for it is much bigger than anything we’ve ever seen in the past. Such a massive collection and centralized storage of data on our citizens gives enormous power to whomever has access to it, and that power could largely go unchecked. This contract seems to provide us with many more questions than answers, and that’s not good for our republican form of government. The contract should be ended at once.”